Often hailed as the grandfather of Modern Spiritualism, Andrew Jackson Davis was born today (11th Aug) in 1826. Just think, in another 7 years we can celebrate his 200th birthday…. Read more »

CHAPTER IV. PROBLEMS AND LIMITATIONS Leaving for a moment the larger argument as to the lines of this revelation and the broad proofs of its validity, there are some smaller… Read more »

CHAPTER III. THE COMING LIFE Now, leaving this large and possibly contentious subject of the modifications which such new revelations must produce in Christianity, let us try to follow what… Read more »

CHAPTER II. THE REVELATION I can now turn with some relief to a more impersonal view of this great subject. Allusion has been made to a body of fresh doctrine…. Read more »

CHAPTER I. THE SEARCH The subject of psychical research is one upon which I have thought more and about which I have been slower to form my opinion, than upon… Read more » 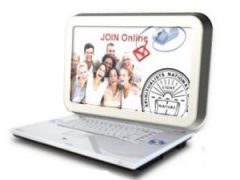 They shall be made to see that each system of religion is a ray of truth from the Central Sun, dimmed, indeed, by man’s ignorance, but having with in it a germ of vital truth. Each must see the truth in his neighbour’s belief, and learn that best lessons, to dwell on the good rather than on the evil