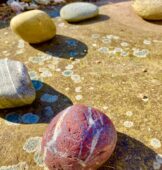 Spiritualism is an officially recognised religion, with its own Churches and educational centres. It has its own Ministers, who possess the same rights and privileges as any other religion. The philosophy of Spiritualism is based on seven fundamental principles:-

Spiritualism is a religion that embodies the main ideas of all religions, that there is a life after death, immortality and the existence of a God. The difference between Spiritualism and other religions is the ability, through mediumship, to prove that man survives physical death. Mediums are able to communicate with those who have died, thus furnishing conclusive evidence of the continuous existence of the human soul.

Spiritualism is a universal religion, the main focus of which is embodied in our Fifth Principle, ‘Personal Responsibility’. We are given free will and the ability to distinguish between right and wrong, therefore we alone are responsible for all our thoughts and actions. In addition, we are our own judges here and now and we will receive compensation and retribution in accordance with our Sixth Principle.

We do not automatically become spiritual when we leave this world. We shall, in fact, retain our earthly characteristics. Opportunities are available throughout eternity to make spiritual progress, as both free will and personal responsibility are still relevant. Spiritualism is a progressive religion which can overcome materialistic influences.

“Because you are a spirit you survive death, and because you are a spirit you are alive today. The spirit within you, which causes you to live, is the same spirit that animates every member of every nation, of every race and of every colour. Spiritually, the people of the world are one. Spiritualism reveals the spiritual oneness of all mankind. God has made us all members of one vast spiritual family.” -Maurice Barbanell

Mediums are ordinary people who have, through training, developed their natural ability to communicate with the spirit world. There are different types of mediumship because the people in the spirit world will use whatever means they can to communicate, helping us to understand the truth of an everlasting life.

Spiritualism encompasses healing for those in need, either by personal contact, “the laying on of hands”, or through absent healing, where patients are treated via healing thoughts and prayers. Healers may alleviate suffering but cannot guarantee a cure. Spiritual healing also offers help to the terminally ill, their family and friends, and support in times of bereavement. Spiritual healing is not faith healing. Babies and pets cannot have faith, yet they can all benefit from spiritual healing.

There are several different types of Spiritualist service, which include the Divine Service and the Healing Service. The Divine Service includes hymns, prayers, and a guest speaker, who will give a short talk on Spiritualist philosophy. There will also be a demonstration of mediumship, during which the medium will communicate with those in the spirit world and relay the messages to members of the congregation.

Churches also organise other events such as Demonstrations of Mediumship, workshops and events raising funds for charities, as well as social and family gatherings. Spiritualist Churches are registered for the solemnisation of marriages and provide other official services for blessings, namings, funerals and memorials.

The Spiritualists’ National Union has an Education Scheme, available to everyone, and a Training and Awards Scheme for Individual Members of the SNU to gain certificates and diplomas of competence in various subjects. More detailed information is contained in other leaflets that are available from SNU Churches and via: www.snu.org.uk

The Spiritualists National Union invites suitably qualified people to train as Officiants and Ministers to carry out weddings, funerals, namings and other official services, All SNU Ministers are registered with departments of the UK Government Home Office and part of their remit as a Minister is to carry out chaplaincy duties in hospitals, prisons and the Armed Forces.